A first step in a long journey to recovery in Libya? This is the message from a tribal meeting that is expected to help tone down the violence in the country.

In a message to WFTV, the organisers of the event says, “Ibn Libya Dr. Saif_Islam_Al-Qadhafi blesses the step of the consultative meeting held in Bani Walid.

“It is a Libyan among Libyan meeting on the land of Libya. Whatever its results, it is a step in the right direction and he wishes him success and rewards.”

Libyan tribal leaders are meeting in Bani Walid, Libya for the second day. They are discussing on their next move and how to appease the growing violence in Libya.

The organisers claim there will be important announcements made during the meeting.

There is no indication on the length of the meeting, but it is a rare occasion to see tribal leaders meet in Libya after the Muammar Gaddafi era.

The aim of the meeting, the organisers say, is to dampen the continuing crisis in the country.

FIRST STEP IN A LONG JOURNEY

“The is the first step in the long journey of a thousand miles towards regaining the dignity and sovereignty of the country.

“And we are blocking the road to external forces in this dialogue because we believe those who do not have the rights do not deserve to be heard,” says the message.

Libya is now a divided nation, with several armed factions fighting on a daily basis to gain control.

There is a ‘government’ recognised by the United Nation but it is not in control of most of the country.

The Libyan tribal areas are also not in the control of these forces.

Since the death of Muammar Gaddafi, Libya has been in chaos and descended in bloodshed.

Many among the tribal leaders were allies with the Gaddafi regime. They kept the country safe and peaceful while Muammar Gaddafi was running the country.

More about the  meeting of the Libyan tribes: https://specialelibia.it/2020/01/29/bani-walid-la-riunione-delle-tribu-libiche-riassunta-in-6-punti/ 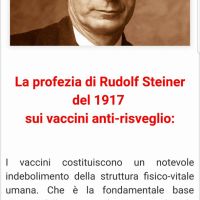