In order to achieve conscious responsibility on the part of the population, the authorities should offer coherence. They have not done so in the past and they do not do so now. In the third interview with Dr. Leopoldo Salmaso (specialist in Infectious and Tropical Diseases, and Public Health, who has worked for 30 years at the Department of Infectious Diseases of the Padua Teaching Hospital (Italy), and 5 years in Tanzania, controlling epidemics like Cholera, Thyphoid, Hemorrhagic Fevers, and intra-hospital Polio), he insists on letting the figures speak for themselves.

The official report on the 2017-18 seasonal flu concludes that 8.7 million people consulted the family doctor/pediatrician by phone for a “flu-like syndrome”. Less than 1/4 were visited by the doctor. No less than 18,000 people, mostly elderly, “died with influenza as a complication”. Of those 18,000, only 173 died in a resuscitation unit.

Q. Good morning doctor, welcome back from Tanzania… through Austria, since no airline has wanted to fly you back directly to Venice. If you had been a few days late, you would not get home, not even from Austria! We Italians are now qualified as plague people: me too I cannot go back to Italy because Great Britain has closed the flights, although they too have the virus: they dance, they embrace each other, they cough in your face, they feel immune, but they have closed a school attended by Italians!…
But let’s move on to our interview: What do you think about the situation in Italy, due to the numerous deaths associated with Covid-19?

A. Every year, in Italy, the deaths associated with the common seasonal flu are 20-30 times more than those recently associated with Covid19. How comes that we don’t clog the resuscitations units every year?
Look at the data on Covid-19 (source: Italian Ministry of Health), updated at March 10th, 2020: 8,514 cases with 631 deaths. Please notice that this is an extremely biased sample, because the tests have been done mainly on sick people. The majority of experts, including Ilaria Capua1, believe that asymptomatic cases are 10 to 100 times higher. Therefore the case-fatality rate would not be 7.4%, but at least ten times lower.

Q. Can you tell us more about the the official data about the last seasonal flu in Italy?

A. Yes, that is the seasonal flu 2017-18: 8.7 million people turned to the family doctor/pediatrician by phone for a “flu-like syndrome”. Less than 1/4 were visited by the doctor. No less than 18,000 people, mostly elderly, died “with flu complications”. Out of those 18,000, only 173 (1 in 100) died in a resuscitation unit, and overall there were 764 “serious cases with confirmed flu in Intensive Care Units”.
That is: the other 17,000 people died at home, or in a nursing home, or in some hospital ward, with no confirmed diagnosis of flu. If the media had unleashed the current uproar two years ago, no less than 75,000 people with influenza would have clogged the ICUs, at a rate of 750 new admissions every day (while so far we have admitted to ICUs a total of 650 patients positive to Covid-19).
The comparison between these data confirms that we are facing an epidemic of panic, and that the very spreaders are the media.

Q. We are told that Italy has the highest case-fatality rate worldwide, and this makes us being considered the top spreaders in Europe, so much so that Italy is now completely isolated and many people, like me, cannot return home.

A. The most reliable data come from South Korea, which records a case-fatality rate around 6 per thousand (1/12 of ours). This is explained by the fact that Korea has done carpet testing since the very beginning (more than 200,000 tests done so far) and confirms what I said above: that our statistics, using a very biased denominator (ill people), falsely magnify the ratio between dead and infected people, i.e. the case-fatality rate.
If we then compare the mortality rates, Covid19 so far has a mortality rate of 1 per 100,000 inhabitants, while the flu every year reaps 20-30 lives per 100,000 inhabitants.

Q. Among the many messages on social networks, in particular Whatsapp, there arrive really worrying calls by doctors from the ICUs. Can you tell us something about that?

A. Thanks to our National Health System, Italy has been ranking at the top of the world, with a very enviable quality/cost ratio, but since 1992 (law for the privatization of the NHS) the whole system has been dismantled to the advantage of private profit: they are not interested in investing in the more expensive sectors, such as organ transplants and ICUs. This plundering will never be denounced and condemned enough.
You ask me about the testimonies and heartfelt appeals by doctors and nurses from the ICUs, who are under real stress because of the seriously ill patients with Covid19. Well, I feel sympathetic on a human level, but I must say that they are misleading in order to understand this “epidemic”. It would be like using the testimony of the sailor of a Titanic lifeboat in order to reconstruct the story of that shipwreck… but here, today, we only have a few lifeboats: there is neither the Titanic nor the iceberg. There is no epidemic, there is no pandemic. And we have two notorious precedents, just with two variants of coronavirus that caused such a sensation and turned out to be real “straw fires”: SARS in the year 2002 (8000 cases in all) and MERS in 2012 (800 cases). And it should be noted that SARS had a case-fatality rate of 9%, MERS an appalling 38%.

Q. We hear rumors of “almost” ready vaccines from Israel or the US, which could save many lives attacked by this virus. What do you think about?

A. Surprise: so much noise for a vaccine?
In the common flu of 2017-18 the prevalent strain was A/H1N1pdm09 (better known as H1N1 or “swine”). It was included in the flu vaccine administered to about half the Italians over-65-year-old, not only that year, but also in the previous years. That strain originated in 2009 in the USA, as a variant of the swine flu. In 2010, our Ministry of Health undertook to pay 184 million euros to Novartis for 24 million doses of the vaccine against “H1N1 porcine”. However, that announced “pandemic” was actually a real media hoax: in fact in Italy we vaccinated less than a million people, and 9 million doses of that vaccine remained in the refrigerators of our public health facilities.
Now, to comment on the vaccine from Israel (Netanyahu promised the vaccine a week before their recent elections) or from the USA (they also are deeply into election campaign and, if not covered by expensive private insurance, they have to pay about $ 3,000 to get tested for Covid-19… and to make matters worse, they have the highest rate of false positive results in the world).
In short: commenting on the Israel-USA vaccine promises would be like shooting on the Red Cross.

Q. The last question I ask you, doctor, is what you think of the measures taken by the Italian government to reduce the speed of contagion.

A. The great Ennio Flajano once said that in Italy “the situation is severe but not serious”. Based on all the data we have examined here, we should conclude that this time in Italy the situation is “serious but not severe”.
I mean “serious” in the sense that the measures taken by our leaders reflect their anxiety of proving they are “serious and responsible” but I ask myself: towards whom? Towards the EU? Towards NATO? Why not towards the Italian citizens? The first requirement of seriousness is consistency, and every citizen knows if he has received consistent messages from the authorities and “experts” in these 40 days. Walter Ricciardi, just hired as a special consultant to the Minister of Health in the midst of this storm, has worked wonders on both the domestic and international front. And when the storm rages, when the sails are torn and the boat is full of water, you can only shovel water and shut up. In science and conscience I believe I am shoveling water, patching up sails, and (almost) shutting up. I said almost shut up: in solidarity with Colleagues (underpaid) who work stressful shifts in hospitals devastated by thirty years of neoliberal filibustering, but also screaming loudly against self-styled “colleagues” who, in anonymity, sow terror by talking about “grandchildren who kill their grandparents by infecting them” or about “reckless people who leave home for a walk”. Other criminals pass off the XY product as a curative panacea (and above all preventive) against the “2020 plague” which is said to be “extremely contagious” and a “ruthless exterminator”…
Let me repeat: those who are in the hospital front line today are really under stress, they must be supported, and we all must take all reasonable measures to reduce the probability of contagion, but a large newspaper in my region, Veneto, today reports that we have 498 beds of intensive care, of which 67 are occupied by patients with a swab positive for Covid-19.
Coming back to the authorities: they threaten 3 months in prison if a grandmother moves to another city to look after her grandchildren who have been left without school and without babysitting (on the other side, their parents can go far away every day, and join thousands of colleagues, if that is their job: perhaps Covid19 is off limits for workers).
So, three months prison for the grandmother; have you seen any threat of sanction against those who sow panic, starting with the mainstream media?

Q. So you accuse the authorities of little consistency, if I understand correctly?

A. Of course, there is no consistency! If the authorities want citizens to behave responsibly, they themselves must be consistent. For the last 40 days I have been explaining that, compared to the real pandemics, the current outbreak looks rather like the storm that Truman Burbank had to face in the film “The Truman Show”. And I would prefer to be wrong, but I see a significant difference: our authorities are not Christof, they are not in the control room, they are in the same boat with Truman, me, you, and 60 million unfortunate fellow Italians. If it can console you, in the place of Christof I see neither European leaders nor Mr. Trump.
In the control room, since mid-January, I have seen CNN, NYT, Guardian, and all the western mainstream media. And now I see that the boomerang they threw against China is hitting back against us, all of us!

Q. Thank you for the time you have dedicated to me. I am now going for a tour of London where, until yesterday, I have managed to count only 11 masks, all on oriental faces. Otherwise I have seen many cool people, serenely sneezing and coughing in the buses and on the streets, in spite of the precautions that prompted their leaders to isolate Italy. 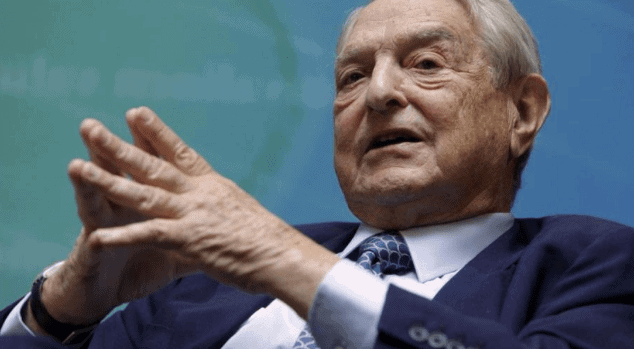